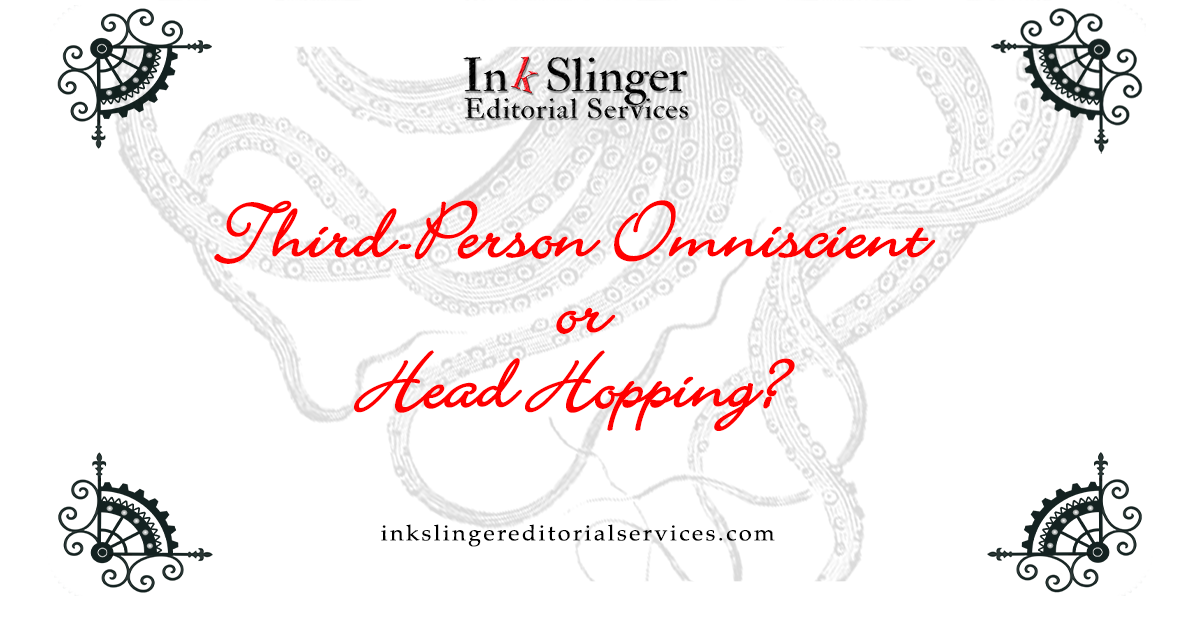 Point of view is probably one of the most important choices you will make as an author. Will you choose first person? It has the advantage of being inherently intimate. The reader knows what the character is thinking and sees everything from their perspective. That can be fun. When the character is fooled, so is the reader. It can link the reader emotionally to the narrative. First person is a great choice for fiction.

Omniscient means all knowing, and it is one person’s point of view: the narrator’s. The narrator is present throughout the story, sees everything, and knows what everyone is thinking. When thoughts are revealed, the thoughts are spoken of with the narrator’s voice.

Not the character’s. The author’s voice. God’s voice. A narrator’s voice that isn’t necessarily the protagonist’s.

This is what distinguishes third person omniscient from head hopping.

Head hopping is when you jump from perspective to perspective in the same scene. Flipping from Mom’s perspective, then her son’s, and back again isn’t a good thing. It’s a no-no. It will make your editor twitchy. Don’t do it.

But you can use third person omniscient. Here’s an example from The Scarlet Letter.

“Hester Prynne set forth towards the place appointed for her punishment. A crowd of eager and curious schoolboys, understanding little of the matter in hand, except that it gave them a half-holiday, ran before her progress, turning their heads continually to stare into her face and at the winking baby in her arms, and at the ignominious letter on her breast.

“It was no great distance, in those days, from the prison door to the market-place. Measured by the prisoner’s experience, however, it might be […] agony from every footstep of those that thronged to see her, as if her heart had been flung into the street for them all to spurn and trample upon.”

You might think it isn’t a popular point of view to write from, but both recent successes and old classics have used it to great effect. Done poorly, it can be distant, but when done well, it’s quite engaging.

So there you have it. Head hopping is not okay, third person omniscient is.

Not sure if you’re head hopping? Contact me for a consult!

Publishing Pie
Word of the Week: Contextomy
So what DOES an editor do? Part I